You’ve probably noticed but the pandemic is considered to be over and the “new normal” of working from home and remote working has been coming to an end at many tech companies.

In fact, Apple, Twitter and Google were among the first to demand that workers start returning to the office and with an expectation that people would spend “several days a week” in the workplace as opposed to working from where they were comfortable.

Yet, Amazon was lagging behind the curve, already.

In 2021, they told their workers that they should expect to return to the office in September, then, they moved that date back to January 3rd, 2022.

There was talk of employees needing to demonstrate that they were vaccinated or being forced to wear masks at their desks too.

But… it didn’t happen.

In fact, it’s now September of 2022 as we go to press and Amazon employees aren’t back in the office and they’re not being forced to return either.

The current CEO of Amazon, Andy Jassy, announced this week that there is simply no plan at Amazon to compel workers to return to the office and the “old normal”.

Speaking at the Code 2022 conference in Los Angeles he told people, “I don’t really believe that we’re going to end up coming back to the office.”

He acknowledged that there are real challenges with remote work such as properly bonding in teams or handling meetings over Zoom.

But he acknowledged that most of their departments have opted to stay remote or have chosen to work in a hybrid working relationship, instead of opting for a return to their desks.

Jassy highlighted that Amazon is a customer-focused organization and that as long as his teams understand that they need to deliver for Amazon’s customers, he’s happy.

In fact, Amazon is now committed to experimenting with remote work until it finds the perfect model for successful remote working for their business.

Amazon has, essentially, abandoned its “office-centric” culture in favor of an employee-centric culture that will recruit employees, moving forward, from “any location” as opposed to places where Amazon has already gained “critical mass”.

There are, in fact, even “secret remote jobs” to be had at Amazon if you know where to look.

Amazon Seems To Be Heading Off A Revolution

Amazon may, once again, prove to be the leading force in technology businesses with its approach to remote work.

Behind the scenes at Apple, Google, Twitter, Facebook, etc. workers have not exactly been ecstatic to be summoned back into the office to slave over a desk again.

Mark Zuckerberg, of Facebook, has been particularly vocal that he expects some employees to leave this year and that he’s pretty much OK with that.

Though given the collapse in Facebook’s share price – this could well be borne out of necessity rather than a genuine resistance to remote work.

Whereas, Twitter immediately softened its stance on returning to the office but warned that “distributed working will be much, much harder.”

And tech workers appear to be very much in favor of working from home or working remotely in the long run – with many of them either finding alternative employment or looking for it.

And the signs are that many companies in the industry are buckling in fear of losing workers that they cannot easily replace.

It seems fair to say that Amazon may simply be ahead of the curve by recognizing that this way of working is the new normal, whether managers and board members like it or not.

We think that Amazon is simply acknowledging the reality that people have come to value remote working relationships and that the upsides for the individual are so great, they’re willing to change jobs to secure the freedom of remote work.

Amazon’s commitment to experiment with this style of working to find out what works best for the business and their customers too is a smart play and one we think that other tech companies will soon be emulating, if they want to keep their workers. 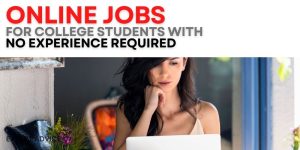 10 Online Jobs for College Students with No Experience Required

Productivity Hacks for Remote Employees, According To Experts

Top 14 Best Job Boards for Remote Work, According To Strategists