Answer In Brief: Monitoring remote employees is not unreasonable, however, it’s often the particular surveillance tools used to do the monitoring that turns an employer or manager into Big Brother. Workers and employers can find a happy medium if they work together to do so.

Employers often feel like they want to monitor their employees when they’re working from home.

They worry about lost productivity or employees putting in fewer hours than they are contracted to do by the business.

And some bosses want to undertake employee monitoring just because it makes them feel “in charge” again too.

But does this have to be done in a way that ensures productivity at the expense of an employee’s mental health and well-being?

The State Of Big Brother Surveillance Of Employees Today

Employees are worried about software tools tracking their productivity as they work remotely.

They worry about these tools generating endless data for their employers to potentially use against them and they are right to be concerned.

Brian Kropp of Gartner HR told Computerworld that even in the per-pandemic era companies were moving to a model where they would track each employee using technology in the workplace and where they would regularly fail to consult the employees about collecting such data or how it would/could be used.

This was echoed by Lewis Maltby of the National Workrights Institute when he told CNBC, “When you’re on your office computer, you have no privacy at all, anything and everything you do is probably monitored by your boss.”

It’s worth noting that this isn’t what Gartner HR recommends that companies do.

In fact, their own research shows that employees are more likely to pretend to work when they think that their business is using software tools or other forms of monitoring to spy on them!

Where Is The Law On This?

Law? What law? Oh, you mean the Electronic Communications Privacy Act of 1986?

Yeah, that’s the only law that looks at your job in the digital age and decides what a company can and can’t do to an employee.

As you might expect, in 1986, they weren’t exactly thinking about software spying on you in the digital age, and as such, your company can do pretty much what they like to you on the job.

How Do Employees Feel About This?

It’s clear from endless stories and this article in the Washington Post that people are tired of being spied on by management and that “tattleware” is becoming the most hated form of compliance monitoring in businesses.

In fact, one in three workers says that it’s causing them to feel like they will eventually experience work-related burnout and see it as a warning sign of remote work’s pitfalls to come.

Being reported to managers is bad enough when it’s a colleague whining in the office about something but when a software tool is always watching your every move (often backed with video and audio recordings)?

It’s beyond stressful and many people have said it could cause them to search for a new role in the long run.

No, no it doesn’t. There are many companies that have remote workers that have brought some common sense to the conversation on monitoring.

They’ve initiated conversations with their workers seeking a mutually beneficial solution where they can ensure that people stay productive when working out sight but without becoming unduly invasive.

There’s a recognition in these workplaces that you don’t need a camera over every head for people to do their daily work and that security and time requirements can be respected without watching over every shoulder.

Tools like ActivTrak which may capture screenshots occasionally and ask for input from workers, don’t video and record the employee.

It’s reasonable for employers to want to know what’s going on with any group of people that they are paying the wages of and we think most people agree on this.

However, it’s not reasonable for remote work to become unbearable due to “always on” automated spying that can’t wait to snitch on you for the slightest misdemeanor.

Our guess is that most employers will see the light on this sooner or later and actually negotiate boundaries that work for the business and their staff.

Otherwise, they risk losing people to their competitors.

How Much Do Transcriptionists Make? 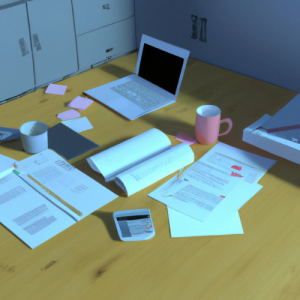 Winning At Work-Life Balance When Working From Home

Remote Work And The Inflation Crisis, Does Larry Fink Have A Solution?