Remote work has been hailed as a revolutionary shift in the way we do business, allowing employees to work from anywhere with an internet connection.

But as more and more companies adopt remote work policies, experts are warning of a dark side to this trend: the risk of redundancy and layoffs.

According to several leading experts in the field, the move to remote work can actually increase the likelihood of employees losing their jobs, as organizations restructure and automate to take advantage of the flexibility and cost savings offered by remote work.

If you’re a remote worker, this news may come as a shock, but it’s important to understand the potential risks and take steps to protect yourself and your career.

This concern isn’t new. In fact, it was big news early in the pandemic and then it disappeared but nothing has fundamentally changed regarding this concern either.

If you can do your job from anywhere, why shouldn’t your work be done by anyone capable of doing it?

And following that thinking, nearly always leads people to conclude that many jobs currently done by highly paid Western workers on a remote basis, could be carried out equally as well by much more poorly paid developing nation’s workers.

One of the ugliest mass firings of the last few years was from the CEO of Uber who dumped 3,700 in a single Zoom call!

The sharing economy is not the same as a caring economy, clearly. Of course, no CEO who valued their lives would hold a meeting in an office and fire 3,700 people at once, because there would be a riot.

If your boss doesn’t have to look you in the eye when they tell you goodbye, it seems reasonable to believe that they’re not going to find it as hard to part ways with you as they might have done if you sat next to them in the office.

Remote workers are going to need to consider the value of “face time” around the management team when it comes to plotting career resilience.

This may, in the end, result in claims for “proximity bias” mind you. Given that disabled people and women are more likely to work at home than abled bodied people and men, CEOs that indiscriminately fire remote workers are leaving themselves open to discrimination suits.

We’re going to leave the Biden government’s ridiculous redefinition of what a recession is alone here, we’re not playing politics – we’re concerned with the economy and how it will work for remote workers.

And the truth is that there is a global recession in the offing and organizations with large volumes of remote workers don’t seem to be as well prepared for that recession as those with a more traditional workforce.

Now, it’s possible that there is a reason for optimism among companies using remote and hybrid practices – they may feel that they have already cut costs and battened down the hatches against the recession.

But it’s also possible that remote workers are going to find themselves high and dry in a shrinking economy with far fewer opportunities than today too.

What Should Remote Workers Do To Avoid Redundancy?

The first thing you can do is to make sure that your skillset isn’t a generic one that’s easy to outsource to India or the Philippines.

Writers, designers, PR people, etc. all have a big advantage in their “cultural knowledge”. It’s not that a Filipino hasn’t got the same skills as their Western counterpart but it’s hard to fashion something that’s a perfect fit, in these disciplines, for a culture you have never experienced first hand.

The other thing you can do is have an honest talk with your boss. What do you need to do to make yourself indispensable? Or, at the very least, very unlikely to be on any list of potential redundancies.

Fronting an issue is often the best way to handle it.

Finally, don’t panic. This is only a potential problem, for now, not an actual one – you still have a job, right?

Redundancy is a real issue for remote workers and with the ominous current economic conditions, it’s one to take seriously.

However, you shouldn’t let the fear of redundancy overwhelm you or prevent you from doing your job now. Just think about how you can better position yourself in your career for the future. 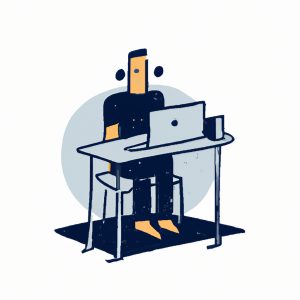 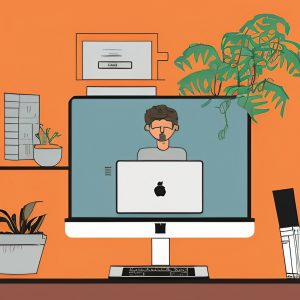 Should Remote Workers Be Worried About Quiet Firing?