In 2020, the world changed, as the Covid-19 pandemic swept the globe and millions of workers were told to work from home.

And in August 2020, 69% of American CEOs told KPMG that they intended to reduce their office space permanently to ensure that people worked from home in the future too.

But will working from home be the new normal or was this prediction the result of being caught up in the moment?

Work From Home Culture And The Past

They’ve been predicting that we’d all soon be working from home ever since the personal computer was invented.

Yet, pre-Covid, employers seemed highly reluctant to make this vision a reality and, in fact, employers that did try home working experiments would often reverse this decision under new leadership.

Both Yahoo! and IBM rescinded their work from home policies, for example, citing a lack of teamwork and cohesion as their reasoning.

If large tech businesses felt that they couldn’t make working from home productive, what changed during the pandemic?

Working From Home And The Pandemic

There’s no doubt, at all, that the media was positive that working from home was about to become a permanent thing due to the coronavirus.

Forbes began 2021 by asking, “Could 2021 Be The Year Remote Working Becomes The New Normal?” and CNN ran with “For better or worse, working from home is here to stay.”

And you can see why.

Before the Covid-19 epidemic only 7% of Americans workers were allowed any kind of access to work-from-home arrangements of any kind.

And, by and large, this was restricted to members of management and senior leadership only, with high salaries and large responsibilities.

But by the end of 2020, nearly 57% of American office workers were working from home.

So, obviously, now that more than half of us were slaving away over the kitchen table rather than an office desk, this was going to stay, right?

The Problems With This Theory Of Working From Home

CNN’s optimistic prediction was instantly quashed in their own article. While 57% of Americans might have been working from home at the time of press, they predicted that fewer than 40% of Americans would be doing this by the end of 2021.

That KPMG survey of August 2020 saw 67% of companies reducing their office space permanently, or at least intending to, yet the 2021 survey, saw just 17% of CEOs with similar intentions, today.

There are quite a few challenges to working from home and these include:

So, does this mean that working from home is not the new normal?

We don’t believe that the world is ever going back to just a handful of people being allowed to work from home.

Nor do we believe that every worker is going to be given carte blanche to work from wherever they like.

What we think will happen is that there will be substantial growth in remote and home working positions – where those positions have been demonstrated to produce value without direct input.

And that for many people, a hybrid working arrangement will be the new normal.

That is, one in which an appearance at the office each week (or month) will be required but not every day. On the days that they’re not in the office, they’ll be free to work wherever they want.

This is likely to make many workers happier than they are now when forced to work from home and to help managers and leaders build stronger teams.

Will working from home be the “new normal”? No. It probably won’t.

But the new normal will involve many more options for people to work from home if they want to, at least for some of their working time if not all of it.

This is a good thing.

If you are lucky enough to be able to work from home, you might appreciate these podcasts to listen to or these ideas for music to work by or even our guide on how to meditate while working at home.

They should make the transition from office to home much easier for you. 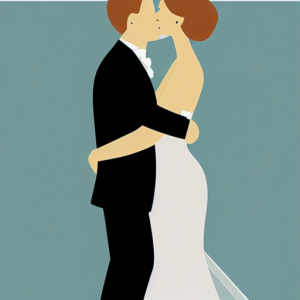 Why Remote Work Is Good For Your Marriage 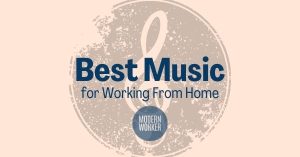 Best Music for Working From Home, According to Aficionados 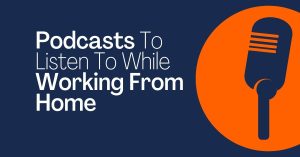 10 Best Podcasts To Listen To While Working From Home